I made a very self indulgent dress up game. Enjoy!

wish you could save your oc but otherwise pretty good 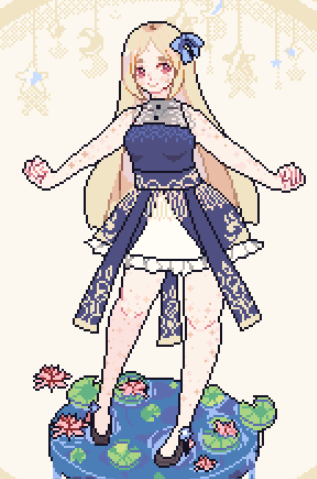 Very simple and cute game with music that really adds to the theme! Loved it (: 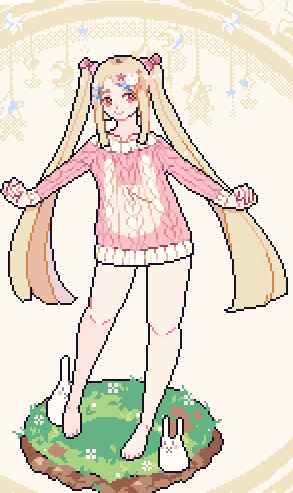 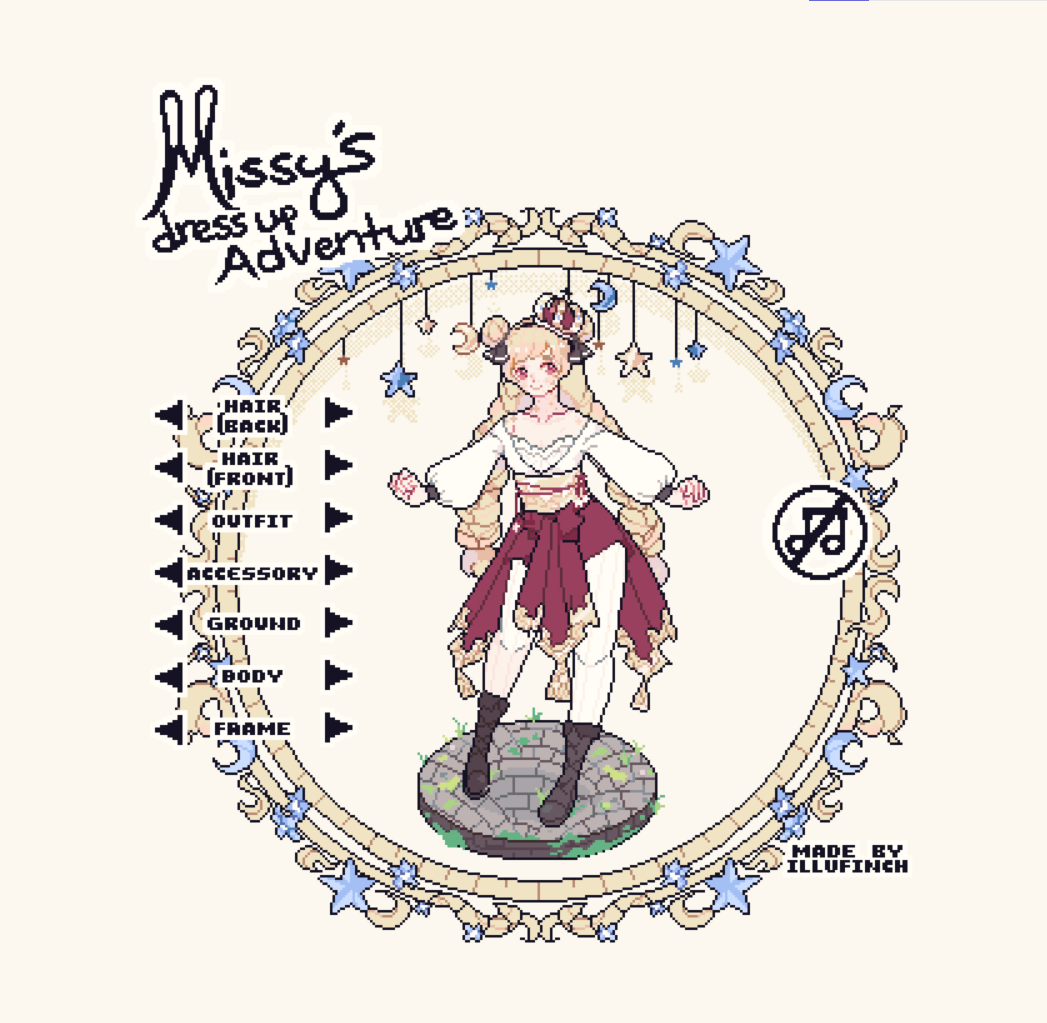 this game is so damn pretty!!

here is my lil' character hehe

I made a girl named "lola" dose is look good

Absolutely lovely work! Can't wait to see more from you!!

I made a charater called "Daisy" what do you think?  :D 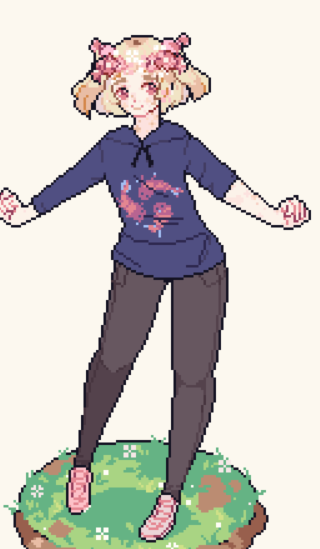 I made a whole story about her: She was born out a deer in a world with human animals (half human half animal). If you were a deer then you would have to work for someone but they can give you away if you caused trouble or if they kick you out, you would have to find another owner. So she was a maid for someone until a bratty wolf decides to messes up the house and she was forced outside. She found another job as a cafe worker but again the wolf messed up the cafe and blamed it on her. Yet again she was forced outside and she found another job as a caretaker. This time the government decides to put all the deers in cages and either breeds them or kills them for food since they had a food problem. When she is sent to be killed she goes up to heaven. She is a famous pop star there and lives the rest of her life happy. The End

lol i clicked with the song that had beats in it.

Super cute game! I absolutely loved it! I could never make a game like this ;-;. So great job! I can tell you put in a lot of effort in it. :)

I cliked EVERYTHING and it always showed the same thing like it never added anything, a few things did chnage but i have to click 70 times to change it 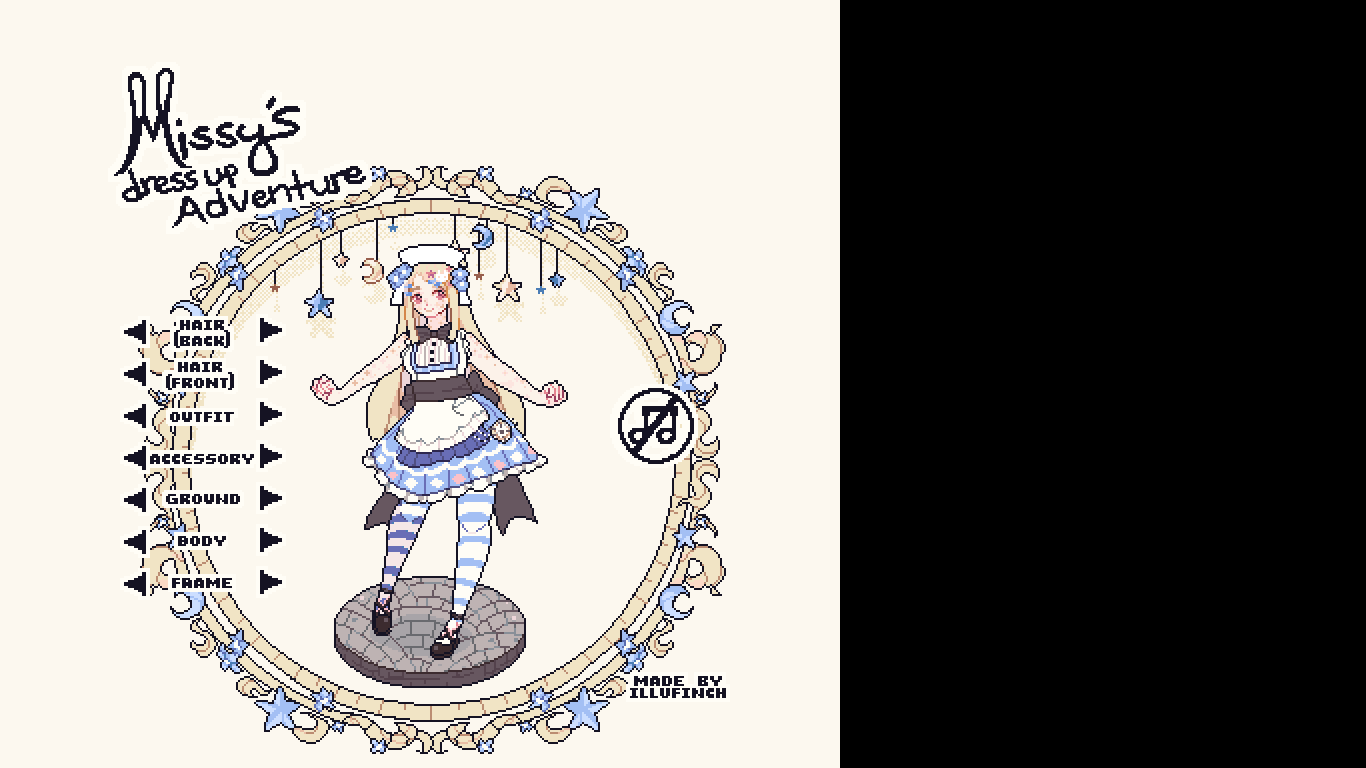 Just in love with your pixel art. Every options are sooooooo cute ❤ 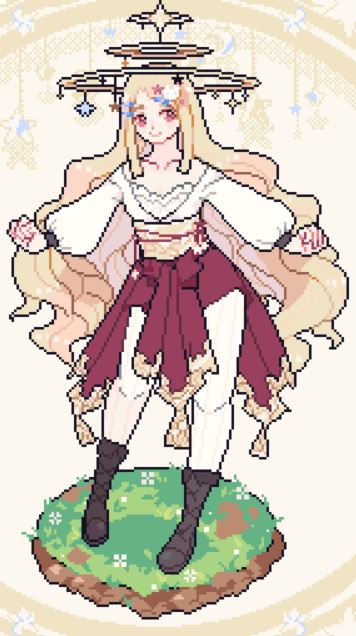 such a cute game!!

the outfits are so cute! the design is all well made :D

I love this game! Especially the dresses and accessories, (I want to put them all on XD) is mine!
Bravo! ***** 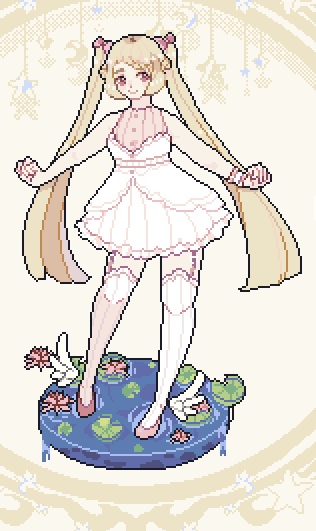 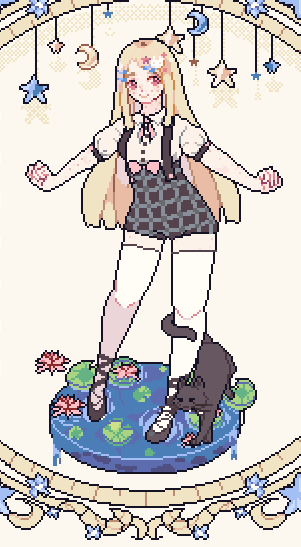 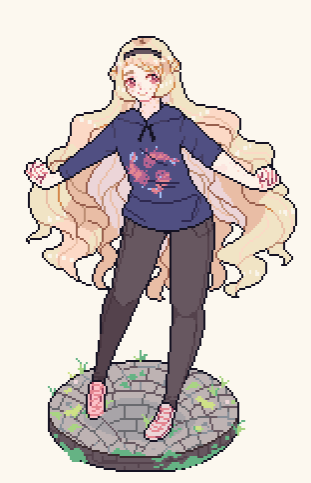 Such a cute game! Here's the outfit I've made, I'd love to see others share theirs! 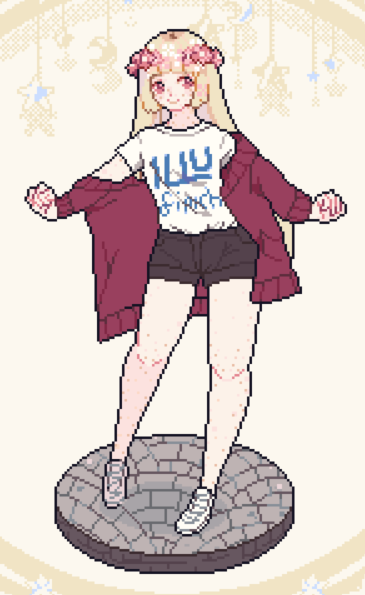 So cute!! I loved looking at every option, and it's hard to settle on only a few items for the outfit. Super duper cute!

So cute! You are so talented! 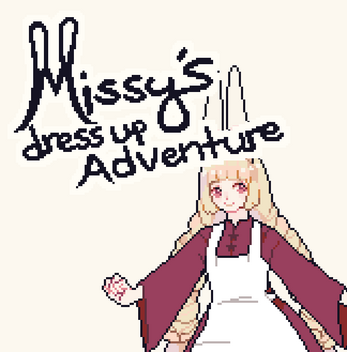